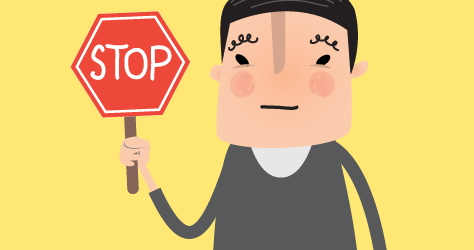 Here are some ideas you can use when your children are not following through on assigned tasks, or when they have are showing general signs of laziness.

For problems with not following through on tasks and responsibilities

For example, it is a privilege to own toys. The responsibility that goes along with owning toys is keeping them tidy. The suggested discipline would be to take away any toys that are not being cared for properly.

Here are some examples of logical consequences:

When your child is willing to take on their responsibilities again, return the items you have removed. Assure your child that you are giving them another opportunity to fulfill their responsibilities. Be very specific in defining your expectations. For example, say “When you undress or take off any clothing, I expect that it will be put in the hamper / hung up / folded / placed in your drawers.”

Explain to your child that you do want to give them privileges to enjoy, and feel badly when you need to remove them. Pray together, asking that God would help your child be responsible so that you can trust them with more responsibilities and privileges as they grow older.

For problems with laziness

Some kids are motivated by money, others by food or fun. Select an appropriate course of action for your child based on the suggestions accompanying the following verses.

Proverbs 19:15 “Slothfulness casts into a deep sleep, and an idle person will suffer hunger.”
Associated discipline idea: Miss dessert or another treat.

Proverbs 10:4 “A slack hand causes poverty, but the hand of the diligent makes rich.”
Associated discipline idea: Ensure the child becomes “poor,” without access to the toys, games and entertainment they enjoy.

Proverbs 26:14 “As a door turns on its hinges, so does a sluggard on his bed.”
Associated discipline idea: Let the lazy child lie on the couch while others work. But choose a fun celebration once the work is done, excluding the “lazy” child. Start with small rewards, but keep upping the privileges missed if the laziness continues.

In Ezra 5:8-11, the Israelites who were working industriously reported that they were “servants of the God of heaven and earth.” Pray with your child and ask God to give him or her the desire to work diligently and to make rapid progress when he or she works. Ask God to inspire your child to work hard to honour Him because he / she takes pride in being God’s servant.

Ezra 5:8-11 “Be it known to the king that we went to the province of Judah, to the house of the great God. It is being built with huge stones, and timber is laid in the walls. This work goes on diligently and prospers in their hands. Then we asked those elders and spoke to them thus: ‘Who gave you a decree to build this house and to finish this structure?’ We also asked them their names, for your information, that we might write down the names of their leaders. And this was their reply to us: ‘We are the servants of the God of heaven and earth, and we are rebuilding the house that was built many years ago, which a great king of Israel built and finished.’ ”

Note: The book Pig Will, Pig Won’t by Richard Scarry has a wonderful story that parallels this kind of discipline.