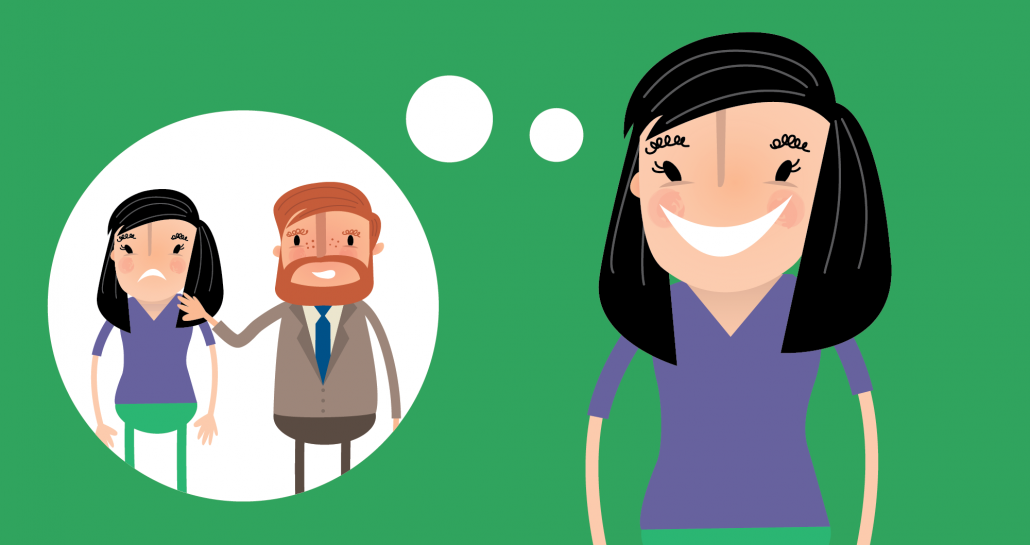 Tell your kids about a time when you were short of money, or in need in some other way, and someone helped you – or use the story provided here instead.

Perhaps you can tell your kids about the time you had a flat tire and someone stopped to help. Describe in detail how their help made you feel. Or perhaps you can tell about a time when you received undeserved mercy or forgiveness.

If you don’t have a story of your own, here’s a story from our Kids of Integrity writer Laurel Kirchner, for you to share instead.

Forgotten buns and a kind cashier
It was one of those days when there was too much to do and too little time. I’m usually very organized, but this particular day I let one important detail fall through the cracks. It was Bus Driver Appreciation Day at my boys’ school and I had forgotten to bring the dozen cinnamon buns I had signed up to bring.

I only had a five-minute window of time to buy the buns at a nearby grocery store and get them to the school.

Fortunately my local bakery had fresh cinnamon buns available. Feeling great relief, I took two packages of six up to the cashier, only to find that I did not have my credit card with me. I only had enough money for one package.

When I explained the situation to the cashier, she let me take both packages and told me to come back later to pay for the second package. The mercy she offered me that day made a big difference for me. The bus drivers got their cinnamon buns and I was so grateful that I was able to fulfill my commitment to supply the buns.

I did go back and pay for the cinnamon buns and thanked the cashier for her trust and gracious generosity. Had I not returned to pay, the cashier would have needed to pay for the second package of buns with her own money.

After you tell your story, read Proverbs 11:25 to your children. Let them know that when a person is kind to another person, it’s not just the one who was helped who gets the benefits; the one who did the helping is blessed too.

Proverbs 11:25 “Whoever brings blessing will be enriched, and one who waters will himself be watered.”