Courage > The gracious hand of God 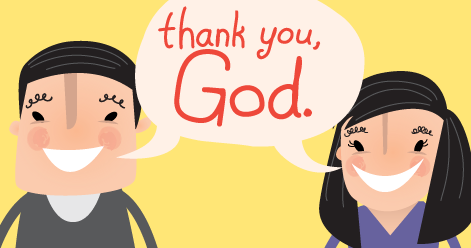 The gracious hand of God

Tell the story of Ezra’s dangerous journey back to Israel and introduce a rhyme that helps kids banish fear.

Discussion point: Even when we are afraid, God is with us.

While driving in your vehicle or at another quiet time, have your children list some things they are afraid of. After they have listed some fears, let them know you are going to tell them a story about a man named Ezra who had to take a scary trip. Your story can include all or part of the summary provided below (taken from Ezra, chapters 7-8).

Once upon a time, a man named Ezra had to go on a lengthy journey through places where robbers and bandits lurked. Just how did Ezra get himself into such a scary situation? It all started a long, long time ago.

Ezra lived at a time when the people of Israel had been taken captive and were living in a foreign land. In this other country, they were forced to serve the king of the land. After the Israelites had lived for many years in this foreign land, God decided to allow the Israelites to return to Jerusalem, their special city where they had lived before being taken captive. The Israelites wanted to rebuild the temple in Jerusalem so they could worship God there again.

A man named Artaxerxes was king at that time and the Bible says that “The king had granted him [Ezra] everything he asked, for the hand of the Lord his God was on him.” King Artaxerxes gave permission for Ezra and anyone else to return to Jerusalem. He also sent gold and silver along with Ezra and instructed him to buy rams and bulls to offer to His God as a sacrifice in Jerusalem. Artaxerxes also sent a letter with Ezra telling the governors of the areas where Ezra was going to give Ezra more money, wheat and oil and salt if he needed it. The king also told Ezra that it was his job to teach all of the other Israelites to follow God’s laws as he did.

Ezra knew this was a big job and that the journey to Jerusalem would be dangerous. Ezra and the men going with him were also taking their wives and children and all that they owned. They did not travel in cars, but in wagons and on foot. The journey would take a long, long time and along the roads there could be thieves waiting to steal their possessions or enemies waiting to hurt them.

Even though the journey would be scary, Ezra praised God anyway and thanked Him for the honour of serving Him. Ezra also said, “Because the hand of the Lord my God was on me, I took courage and gathered leading men from Israel to go up with me” (Ezra 7:28).

Ezra was tempted to ask the king for soldiers to protect them on their journey, but he was ashamed to do so, because he had told the king that God would take care of them (Ezra 8:22). Instead of asking for soldiers, they fasted and prayed and asked God to protect them on their journey. And God did! The Bible tells us that Ezra and his men and their families did arrive safely in Jerusalem. Ezra said, “The hand of our God was on us, and He protected us from enemies and bandits along the way.”

Often when children are frightened, it makes them feel better to hold their mom or dad’s hand. This is similar to what Ezra did. Ezra often said, “The gracious hand of God is on us.” Just as kids feel safer with an adult they trust, Ezra knew he was safe when he was following God. God did keep Ezra and His people safe. He will take care of us when we ask Him to as well.

Just before Jesus left to go back to heaven, He gave his disciples a job very similar to Ezra’s job. Jesus told His disciples that they were to go and tell everyone how to obey everything Jesus had taught them. Then He reminded them that He would be with them forever! The job and the promise Jesus gave to His disciples is for all Christians. We can be confident, even when we are afraid, because we know that God will always be with us.

Matthew 28:18b-20 “All authority in heaven and on earth has been given to Me. Therefore go and make disciples of all nations, baptizing them in the name of the Father and of the Son and of the Holy Spirit, and teaching them to obey everything I have commanded you. And surely I am with you always, to the very end of the age.”