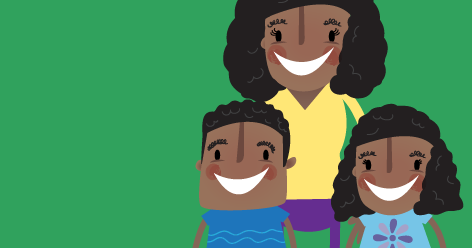 Share the following story about a mother bear and a disobedient cub if you feel it is appropriate for your children.

After reading any of these stories about obedience, have your children re-enact the different roles to further enhance their learning.

The grizzly bear and her cubs*

There were three young grizzly cubs playfully exploring the woods near their den. The scent of food caused them to be drawn away from the protection of their mother. Their curiosity drew them closer and closer to danger. The food they had smelled was a caribou carcass that belonged to a family of wolves who had hidden it in the bushes and dirt near their own den.

As the cubs came closer, the wolves circled preparing for a deadly attack. The mother bear heard the cries from her cubs and came running to their defence. The mother bear fought savagely and was finally able to separate herself and her cubs from the attacking wolves.

They had just reached the safety of a nearby hill when the weakest of the three cubs ignored the protective wishes of its mother and returned to sniff the caribou. In seconds it was surrounded by the wolf pack. The mother now had to expose herself and the other two cubs to the battle again.

The lead wolf had returned from hunting and distracted the mother bear while four other wolves attacked the weak cub. The mother bear broke free from the lead wolf and roared furiously at those who were attacking her cub. She wildly swung her paws in defence. Finally, she drove the three cubs through a thick patch of brush and into a glacial stream.

The smallest cub cringed on the shore, frightened . . . The mother pushed it into the water so the wolves would no longer follow. The wounds the young cub suffered were a lasting reminder of the consequences of not following the instructions of the one caring for you.

* Reproduced from Character Sketches from the Pages of Scripture, Illustrated in the World of Nature Volume I. Institute in Basic Life Principles, Oak Brook, IL, 1976. www.iblp.org. Reproduced with permission.

Here are some key points to emphasize in discussing this story with your children:

A mother grizzly must help her cubs to survive by teaching them what foods are available in which seasons and how to find them. Likewise, as parents, it is our responsibility to teach you how to eat healthy meals. For example, we encourage you to eat balanced meals, including lots of vegetables.

A mother bear also teaches her cubs how to avoid natural dangers such as hunters, bear traps, porcupines and wolves. Again, without her guidance, the cubs’ chances of survival would decrease significantly. It is our job, as your parents, to teach you how to be safe. That’s why we give your rules such as “Don’t play in the street” and “Don’t go anywhere with strangers.” These rules keep you safe physically.

It’s also our job to keep you safe spiritually. Satan is our enemy and he is always tempting us to do wrong. We need to teach you how to overcome the temptation that Satan sends and how to live to please God instead.