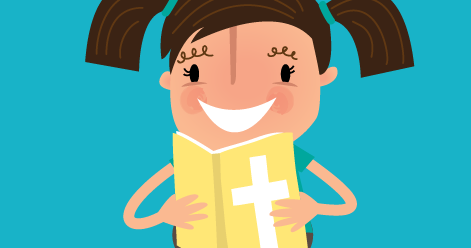 This section provides a collection of stories with the theme of gentleness, along with questions you can use to guide family discussions. Choose one or more stories that are appropriate for your children.

Before reading aloud, take a few minutes to review the story. If the Bible passage is too complex for your children, paraphrase the story yourself or use the summary provided under “key concepts.”

A harsh king and a gentle king

Rehoboam was a harsh and cruel king. The Israelites, also known as Jews, had become used to living under the authority of harsh kings or rulers. In fact, at the time that Zechariah lived, the Jewish people had just been released from living in slavery in Babylon and had been allowed to go back to Jerusalem.

Zechariah encouraged the people by telling them that they could look forward to the coming of another king. He told them the coming king would bring salvation, and righteousness. He also said the new king would be gentle and come to them riding on a donkey. He was talking about Jesus.

When Jesus did come, the Jews were still waiting for their “Messiah” or “Saviour.” They were expecting an earthly king, but God sent a heavenly king. Jesus told the people He was gentle and humble and that He would carry their burdens and give them a light “yoke.” He was reminding them that He would not be a harsh and cruel ruler, but a kind and gentle leader. Jesus came to save the Jewish people from their sins and He came to do that for us, too.

The Bible compares Jesus to a shepherd. The description in Isaiah refers to Him as leading gently and carrying lambs close to His heart. He is a loving shepherd. Psalm 23 describes how shepherds take their sheep to green pastures where there are quiet waters. It also says that Jesus guides the sheep, meaning us, in “paths of righteousness.” This means that when we follow Jesus, He will lead us to do what is right.

God gives children parents for the same reason that sheep need shepherds. As a shepherd guides sheep to safe places to eat and drink, parents guide their children in life and in following God in righteousness. Children may not enjoy eating vegetables or obeying all of the rules their parents give them, but these things are for their benefit. Ultimately, God is our Heavenly Father who cares for parents and children, and disciplines everyone as He sees best. As sheep trust their shepherds, we can completely trust God.

The Old Testament law said that a man or woman who gave their love and attention to someone who was not their wife or husband should be stoned to death. The Pharisees brought the woman to Jesus who had sinned in this way. They wanted to try and trap Jesus so they would have a reason to accuse Him of wrongdoing. Instead of telling them to stone her, Jesus began writing on the ground. Then Jesus said, “If any one of you is without sin, let him be the first to throw a stone at her” (John 8:7).

People began to leave, one by one. Finally, only Jesus and the woman were left. Jesus didn’t throw any stones at her, but He did tell her to leave her life of sin. We can follow Jesus’ example by gently correcting those who do wrong and offering them forgiveness.

God’s basic instructions on how to treat people are found in the Bible. Jesus tells us we are to love others as we love ourselves and we are to treat others the way you would like to be treated (Matthew 22:39, Luke 6:31). It is much more pleasant to be with friends and family members who are gentle and gracious than those who are harsh and unforgiving.

When we correct people harshly, it can make them feel worse than they already do, just like it stings when you get salt in a cut. When a person has done something wrong, they usually know it. It makes that person feel bad when another person corrects them aggressively, instead of gently.

The Bible says that we are to correct those who are caught sinning gently and to speak the truth in love. We can do this by praying before we talk to people about their wrongdoing. When we have God’s love in our hearts, we will find it easier to be gentle, kind, patient and humble when we talk to those who have hurt us or done wrong.

Have your children pray a prayer from the kids talk with God section, or have them come up with their own prayers requesting the Holy Spirit’s help in developing a gentle attitude.

Use your discussion time to talk respectfully about people who have spoken harshly to your children. Possible examples include children who speak unkindly during playtime and neighbours who yell at children. Emphasize the following ideas during your discussion:

The Bible tells us that we accomplish more by responding to those who are cruel or angry with gentleness. When people lash out and say hurtful things, it is often because they have pain in their hearts. God wants us to be people who say kind things that will help “heal” the hurt in others. Kind words are like “God’s bandages” for people who have “bleeding hearts.”

Pray with your children and ask God to help all of you show His love to hurting people by speaking words of encouragement.

Note: The “take 1; take 2; take 3!” exercise in the hands-on options section is a good complement to this discussion.